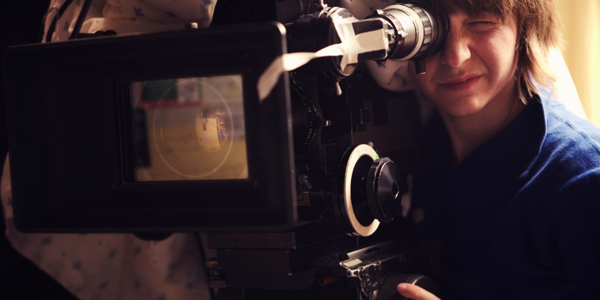 This course is designed to introduce you to a wide variety of films in order to broaden your knowledge and understanding of film and the range of responses films can generate. The course therefore offers opportunities to study mainstream American films from the past and the present as well as a range of recent and contemporary British films, American independent films and global films, both non-English language and English language. You will learn about the development of film from its early years to its still emerging digital future. Studies in documentary, experimental and short films add to the breadth of your learning experience.

Production work is a crucial part of this course and is integral to learners' study of film. Studying a diverse range of films from several different contexts is designed to give you the opportunity to apply your knowledge and understanding of how films are constructed to your own filmmaking and screenwriting. This is intended to enable you to create high quality film and screenplay work as well as provide an informed filmmaker's perspective on your own study of film.

What can it lead to?

This WJEC Eduqas course provides a suitable progression to a range of higher education degree and vocational level courses or to employment. For those who do not wish to progress further with Film Studies, this specification also provides a coherent, engaging and culturally valuable course of study.

After A Level Film Studies, many students continue their study of film or moving image production at university. Several past students have been inspired to purse paths as independent filmmakers, or work within the screen industries in a variety of roles. Other former students have used their film knowledge and practical skills to work for community arts and film projects.

Globally the screen industries are rapidly expanding. Britain is a world leader in this field and most of the work across film and television is based in London. The exponential growth in these industries has created skills shortages and therefore great employment opportunities now and in the future.

How is the course organised?

Across two years you will complete three components with final public exams in the second year.

Component 1: Varieties of film and filmmaking

This component assesses knowledge and understanding of six feature-length films.

This component assesses knowledge and understanding of five feature-length films (or their equivalent).

This component assesses one production and its evaluative analysis.

How is the course assessed?

Component 1: Varieties of film and filmmaking

What do I need to qualify for this course?

Standard A Level requirement plus Grade 4+ in English GCSE.

What do I need to qualify for this course?

General College A Level entry requirement, plus Grade 4 or above in English Language / Literature.