Amari is in his second year here at St Charles Sixth Form College having previously attended Claremont Secondary High School in Brent. He is currently studying L3 Sport with GCSE English and Maths, having successfully progressed with us internally from Level 2 Sport. Amari tells us that he finds studying Sport really “gratifying” and he is thoroughly enjoying his studies and life at St Charles. 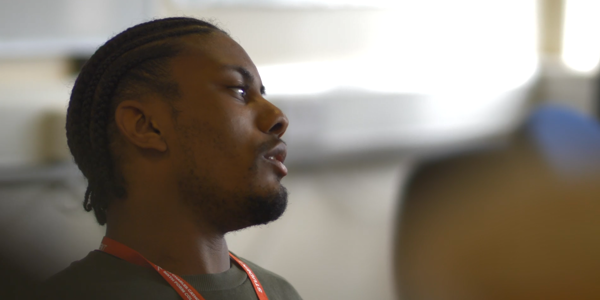 An ambitious student, Amari is described by all who know him as polite and someone who adopts a really positive attitude to everything he is involved with! Academically his teachers state that he goes “above and beyond” to make sure he achieves the highest grades possible and outside his studies he is a fantastic ambassador for the College!

The Sports department have described Amari as a valuable member to their team.  Mr Abbott states “Amari has smiled, laughed and worked his way through it all!” He continues to say that “he has shown his ability to adapt to both written work and the physical aspect of the course, highlighting that no matter the circumstance hard work really pays off.” Mr Camacho further states   that “Amari is a kind and conscientious young man who is a valued member of the PE department family!” Mr Hall and the PE department collectively agree that his engagement is always “top notch” and his progress is maintained by his outstanding attendance and punctuality to lessons making him a fantastic role model for his peers. Amari’s LSA, Jack Moore who works very closely with him  comments that “Amari always perseveres; he has come into college on a number of occasions throughout lockdown to receive support in order to maximise his potential as a student as he truly wants to succeed”.

What a fantastic attitude all round Amari! 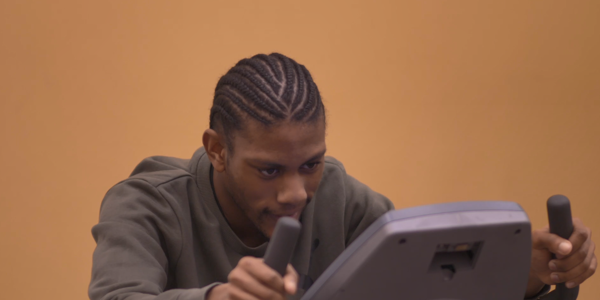 Amari is an active member of the Sports and Learning Support Departments. He is always enthusiastic about the activities organised by the Learning Support team and he particularly enjoyed the Christmas 20 Covid friendly event!  He describes the LS area as “an uplifting and supportive environment” where he knows he can get his work done. He also feels, which he considers equally important, that he has made lots of new friends working in the area and he attributes LS in helping him develop his confidence as a young adult in sixth form. His form tutor Ms McHugh, said that “Amari is a delight to have in her tutor group with his upbeat personality, enthusiasm and great sense of humour.  He is a very sociable young man who is very popular with his peers.  He is very supportive and compassionate of others and contributes to all the tutor group and college events, supporting the college community and ethos”.

Amari was part of a promotional campaign for the College’s open events and prospectus last term and felt very proud indeed to be involved! He comments that this is one of his ‘most memorable moments’ to date at St Charles as he was able to support both the Sports and LS Department but also put his acting skills into action as he has a strong passion for performance also! He does however clearly enjoy his Sports studies. He originally thought he might pursue a career as a boxer in the field, citing his favourite boxer of all time as Anthony Joshua and the Boxing Academy programme at St Charles was an attraction for him on application. However, going forward he is open to exploring all the options available to him in the industry.  Amari is very keen on performance too and is interested in developing his acting skills further and will be getting involved in the College’s annual Christmas production next year he tells us!

We are all confident Amari will continue to achieve in all of his endeavours through his hard-work, resilience and determination. Well done Amari and we will look forward to seeing your name in lights in the future, whether that be in sports or performance or promoting both! 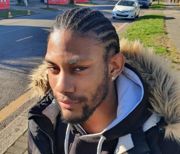 Get to know Our Principal - Mr Martin Twist