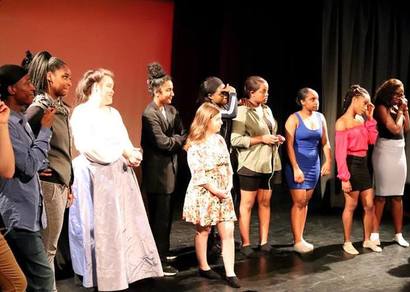 Drama, Katrina Nash. With the award comes a grant of £750 from the Jack Petchey Foundation to run a project benefiting college students.

Katrina’s leader nomination cited her as someone who works tirelessly to ensure that the students she teaches and students outside the department get the best possible experience during their time in sixth form. She is a really popular member of staff with the student population and colleagues alike. She takes a real interest in the students she is involved with whether that be her own tutor group, students studying performing arts/drama courses or students from cross college activities. She goes out of her way to help and guide students and regularly gives up her own time in the evenings and weekends to support students with activities. To cite one of her tutees and performing arts students: “Ms Nash takes time to get to know us all personally and does everything she can to support us to achieve our best”. 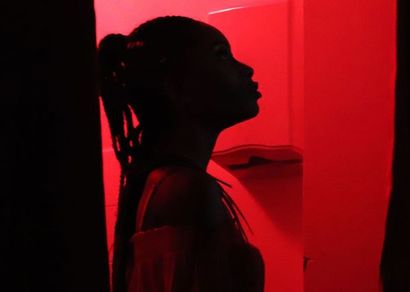 Another student stated that the Performing Arts Department “is a lively and vibrant area with a real close knit community/family atmosphere.” Every year Katrina directs the College’s Christmas Cabaret production which involves over 40 students from across the College and includes students of all performing abilities with others helping behind the scenes with costumes, lighting etc., so there is something for everyone to contribute to. The production is always of the highest professional standard and thoroughly enjoyed by students, parents and staff. What is particularly noteworthy is how the production challenges and supports cross-college students of all abilities including those with special educational needs to be the best they can be. The sense of achievement felt by students under her guidance and direction is enormous and their progress and progression reflects this. Katrina’s passion and enthusiasm is infectious, she is always cheerful and positive and her inclusive and energetic approach both motivates and empowers young people to develop confidence and leadership. In the words of our College Principal: “Katrina gives so much to the College community and I know how much staff and students value her, she would be a very worthy recipient of the Jack Petchey leader award.” 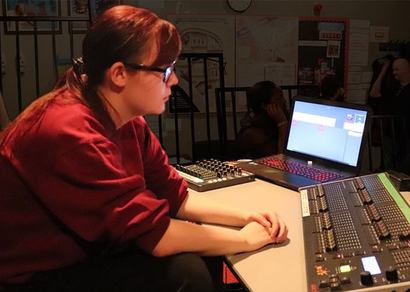 College’s Performing Arts students, supported by cross-college students. The immersive production of Hedda Gabler was overseen by the College’s Performing Arts/Drama teacher and our visiting theatre design professional, Mr Caplin. Mr Caplin was duly and superbly supported by Megan Goon Davies, a student who herself had been awarded a coveted Jack Petchey award in January of this year and is interested in a career in lighting in the future. The £750 was indeed well spent and covered the costs of:

The young people involved were divided up into 4 groups and were given a budget of their own of £50 to spend on costumes and props. They spent the money on the following:

We were delighted the day our Jack Petchey Grant Officer, Katie Purcell visited our centre that she had the opportunity to see the groups setting up their props/scenes in preparation for the event! She commented that she could clearly see that “the money was being well spent and the event was being totally owned by the students involved.”