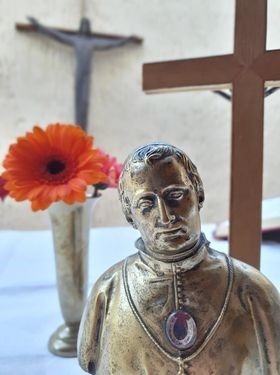 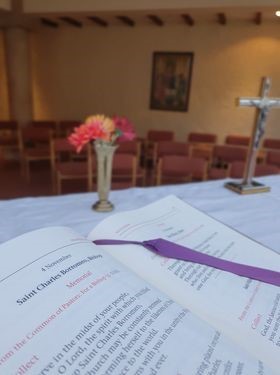 Born almost 500 years ago, St Charles Borromeo might seem an unlikely saint for our time, but his ministry in Milan in the 1500s speaks directly to our life in college today.

St Charles was born to a noble family near Milan in Italy. From a young age he dedicated himself to a life of service in the Church. At the age of 24 he became a priest and by 25 he was the Archbishop of Milan. Despite coming from a family of great wealth, St Charles was clear, this wealth should be used to serve the Church, not to serve himself.

Indeed, he wrote that:

This reminds us that charity is therefore not only part of our Christian duty to help those in need, but it is somehow also necessary for our own salvation. If we are to make it to heaven, we must look at our less fortunate brothers and sisters with eyes full of mercy. We must love them just as we love our friends and family.

When famine struck the city of Milan, St Charles fed thousands of people daily out of his own wealth. In fact, there are stories of him using his own tapestries to make clothes for the poor. St Charles clearly recognised that God dwells in every single person and so gave of himself for the greater good of others.

As Archbishop, St Charles embarked on some important reforms within the Church – he shut down corrupt monastic orders (which led to a failed assassination attempt on his life) and demanded that priests should take pastoral care of those entrusted to them. He saw that many of the clergy at the time were ignorant, and so he founded schools, colleges and seminaries for clergy to be educated in the truth of the Church.

But perhaps more than anything else, St Charles is a saint for our time because of his actions during the pandemic in Milan in the 1570s. In a pandemic not too dissimilar to the one we are facing now, St Charles led his priests to care for the people of Milan. When the city officials had ran away from danger, St Charles ran towards it. He prepared himself for death, wrote his will, and went to the hospitals where cases were worst. In today’s terms, St Charles was most certainly a “key worker”!

As a priest, St Charles administered the Sacraments to those who were dying. He gave the Eucharist to plague victims through their open windows. There’s even a story of him climbing a mound of dead bodies to give the Sacrament of the Sick to a man dying at the top.

St Charles had an unshakeable belief that God was who He said He was, that this life was not the end, and that the presence of God would comfort those dying. And he was right. The sorrow we experience in this life will not last, because we belong in heaven, where God will wipe away every tear from our eyes and there will be no more pain, death will be no more. St Charles’ life reminds us of the truth of heaven and sets out an example of how we, who take him as our patron, can get there. 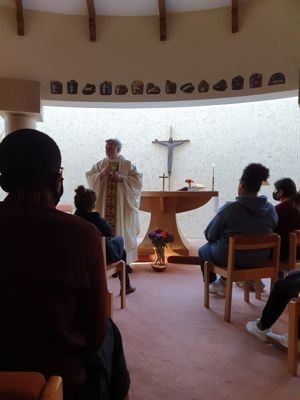 So now, perhaps you might like to take a moment to ask St Charles to pray for you. Ask that he might pray for your protection during this pandemic and that you might follow in his holy example and become a saint!

St Charles, may you always watch over our little college, and guide us into the heavenly glory that God desires for us. May we follow your path and become the saints of our generation! Through Christ our Lord, Amen.